The Joint Conference of UNEXMIN and ¡VAMOS! in Bled

The Joint Conference of UNEXMIN and ¡VAMOS!, “Use of robotics and automation for mineral prospecting and extraction” was held in Bled (Slovenia) last week. The development of both projects was discussed and there were a lot of meetings, workshops and discussions related to its achievements. The European Federation of Geologists (EFG) was there to engage in all these activities and to discuss about the future of mineral extraction: robotics and automation. Several of the EFG’s National Associations attended the event as Linked Third Parties and there was a workshop organised specially for them.

The main activities of each day can be found in the following summary:

A field trip to UNESCO heritage site mercury mine in Idrija took place. The Idrija Mine was, by its quantity of extracted mercury, the second largest mercury mine in the world. The group visited the Anthony’s Main Road, the oldest part of the mine. This underground experience continued in the mercury smelting plant, where the history of smelting in Idrija and the exceptional significance of mercury was explained. At the same time, the UNEXMIN project partners were visiting the UX-1 launch site. The UX-1 is a robotic system for the autonomous exploration and mapping of Europe’s flooded mines. A plenary session focused on the Vamos and the UNEXMIN projects took place. The following topics were discussed: key emerging and enabling technologies in subsea mining; foresight and its methods- Scenario Planning and Technology Roadmapping-; robotics in Slovenia; the Idrija Mercury Mine, one of the most technologically advanced mines of its age; and, the aims of the different projects.

The results of the tests for the projects and the planned future tests were also presented. The prototype of the VAMOS project system has been already tested in UK, the results have been positive and have provided important data. The second test is planned for spring 2018. Regarding the UNEXMIN project, the robotic explorer will be tested in four trials under real life conditions.

There were also sessions covering the hardware and software of both projects and the exploitation strategies. A “Research Roadmap Workshop” took place with the aim to develop a strategic research agenda for both the UNEXMIN and the VAMOS projects. 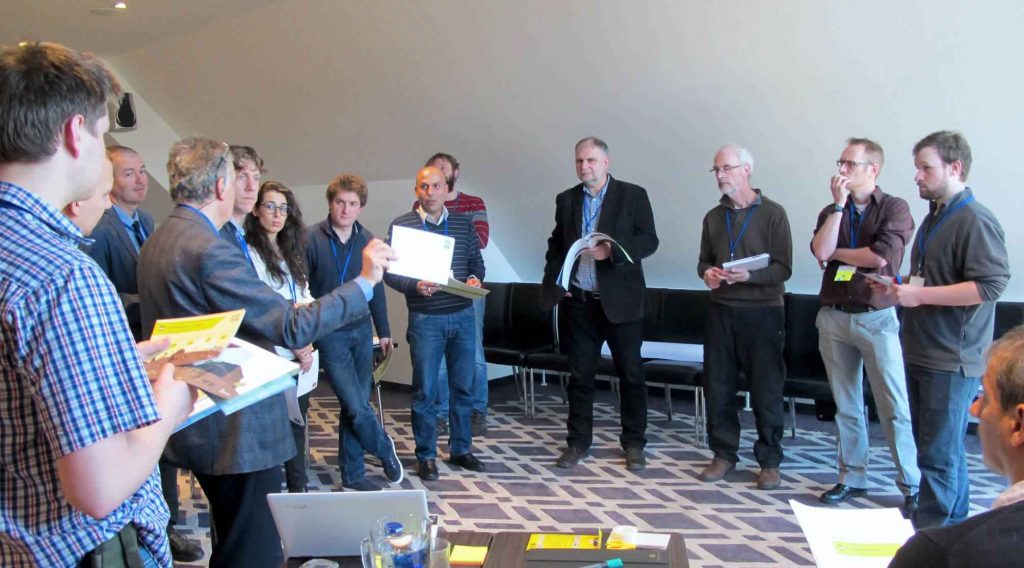 During the UNEXMIN Project Partners Meeting, there was a presentation about the different work packages. The current state of the different parts of the robot was explained. The Advisory Board and Steering Committee meetings were also held. Also a workshop regarding the inventory of flooded mines in Europe took place with the participation of the Linked Third Parties.

In the UNEXMIN Project Partner Meeting there were technical discussions and the logistic for the upcoming field test in Finland was also discussed.

If you want to know more about the UNEXMIN and ¡VAMOS! projects, watch these official videos: