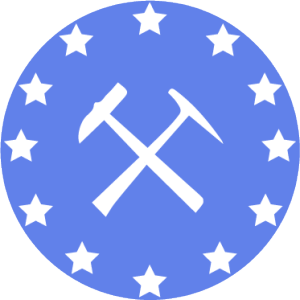 Professional titles have become important in demonstrating the suitability of a professional to provide geological services. The professional title provides a quality mark to demonstrate to clients, regulators and the general public that the individual is competent to provide geological advice and allows employers to offer competitive commercial services. To adapt to the current and future challenges within and beyond the geo-political framework of the European Union, it is necessary that geologists achieve, and can demonstrate, a high degree of professional experience to be able to respond to the demands of society in practicing their profession.

Who issues the title?

The European Geologist (EurGeol) title is awarded by the European Federation of Geologists (EFG). The Federation represents the geological profession across Europe and has members from the professional associations of 26 European countries. There are over 1400 individual EurGeol title holders. The process of vetting applications for the title is carried out for the Federation by its Licensed Bodies. National Licensed Bodies operating in Ireland, Spain, Switzerland, United Kingdom and Italy receive applications from their own members. Applicants from other countries apply to the International Licensed Body, which is supported by the EFG Brussels office. Recommendations for election from the Licensed Bodies are passed to the EFG Council for ratification. A register of title holders is maintained by the EFG on its website.

Where is the title recognised?

The training and experience underlying the title are being harmonised. This will mean that the title will be recognisable in all European countries and so act as a passport to professional practice in Europe, thereby encouraging free movement of professionals. There are reciprocity recognition agreements being set with the American Institute of Professional Geologists (AIPG) and the Canadian Council of Professional Geologists (CCPG). On a practical level, European Geologists with an additional level of knowledge are recognised by the mineral reporting authorities in Australia, Canada, South Africa and London as professionals accredited to sign reports on mineral resources within their area of expertise and in the valuation of mining companies quoted on the Stock Exchanges.

The training, competence and experience underlying the European Geologist (EurGeol) title are recognised across Europe and abroad as a passport for professional practice in Europe , thereby encouraging free movement of professionals.

The Pan-European Reserve and Resource Reporting Committee (PERC) is the organisation responsible for setting standards for public reporting of exploration results, mineral resources, and mineral reserves by companies listed on markets in Europe. As a member of CRIRSCO (the Committee for Mineral Reserves International Reporting Standards), the PERC Reporting Standard is recognized world-wide and fully aligned with the CRIRSCO Reporting Template. PERC is established formally as a not-for-profit organisation registered in Brussels by its four founding organisations, the Institute of Materials, Minerals, and Mining (IOM3), the European Federation of Geologists (EFG), the Geological Society of London (GSL) and the Institute of Geologists of Ireland (IGI).

EFG as one of the founding members of PERC is therefore considered to be a Recognised Professional Organisation (RPO) enabling European Geologists with sufficient relevant experience to be recognised as Competent Persons when reporting in accordance with other CRIRSCO codes and standards.

The Competent Person recognition relies on self-declaration and the level of experience and expertise required may vary according to the complexity of the project. European Geologists who wish to qualify as Competent Persons need significant professional experience in the relevant field of geology and the mineral sector, quoting the PERC Standard: “Those being called upon to act as Competent Persons should be clearly satisfied in their own minds that they could face their peers and demonstrate competence in the commodity, type of deposit and situation under consideration. If doubts exist, the person should either seek opinions from appropriately experienced colleagues or should decline to act as a Competent Person.”

European Geologists who require a deeper understanding of this matter should consult the guidance in the PERC Standard (and the other CRIRSCO standards), of which detailed knowledge is required for acting as a Competent Person.

Based on the agreement signed between EAGE, the European Association of Geoscientists and Engineers, and EFG in March 2013:

EAGE promotes the EurGeol title as professional accreditation to its European members.

Cooperation agreement with the Geological Society of South Africa (GSSAF)

The commitments are as follows:

Memorandum of Understanding (MoU) with the Geological Society of Africa (GSAf)

In March 2015, the European Federation of Geologists (EFG) and the Geological Society of Africa (GSAf) signed a memorandum of understanding in Brussels to increase their mutual cooperation.

Given the similar objectives and common benefits of its members, EFG and GSAF agree to promote activities fostering cooperation in scientific research and promote scientific opportunities between members of both organisations.

EFG and GSAf will promote the following activities:

SAMCODE is a group of South African codes:

Cooperation agreement with the Australian Institute of Geoscientists (AIG)

The commitments are as follows:

The EFG and its European Geologists are recognised as fulfilling the requirements for recognition as a ROPO resp. as members of a RPO: International Reciprocity of Competent Persons.

Mutual recognition of professional qualifications between the American Institute of Professional Geologists, AIPG and the European Federation of Geologists

The objective is to have an accelerated application process which will not require the submission of transcripts or certified record of employment. Each organisation will provide an application to meet these objectives.

An EFG Associate Member is a National Association within a country outside Europe. EFG and its associate members agree to cooperate in developing a mechanism for the mutual recognition of standards.
EFG and CCPG are currently preparing a mutual recognition agreement with a view to harmonising the standards of both organisations and recognising the title holders of both organisations.

NI43-101, National Instrument 43-101 is a national instrument for the Standards of Disclosure for Mineral Projects within Canada. The Instrument is a codified set of rules and guidelines for reporting and displaying information related to mineral properties owned by, or explored by, companies which report these results on stock exchanges within Canada. This includes foreign-owned mining entities who trade on stock exchanges overseen by the Canadian Securities Administrators, even if they only trade on Over The Counter (OTC) derivatives or other instrumented securities.
The Ontario Securities Commission published on 8 April 2011 the new “Standards of disclosure for mineral projects”. The amendments became effective on 30 June 2011.

EFG is recognised as a foreign association and the European Geologist Title (EurGeol) as membership designation.

EurGeol as the first step towards recognition as a competent practitioner

The global trend shows that an increasing number of geoscientists work at the international level and that the requirements for quality assurance by the clients, the public, governments and insurance companies are increasing.

A professional geologist who is a member of a National Association, which is a member of EFG, with not less than 9 years of training and experience may apply to a Licensed Body (LB) to be certified as a European Geologist, in accordance with criteria and procedures established by Regulation E. The European Geologist title is built of four pillars:

Geoscientists holding the European Geologist title may meet the requirements to qualify as Competent Persons to prepare reports on exploration results, mineral resources and mineral reserves, as defined in the PERC Standard (and, through mutual recognition agreements, in other codes and standards in the CRIRSCO family).  The status “Competent Person” in this type of reporting relies on self-certification; in addition to holding the EurGeol title (or other professional title recognised by PERC), It requires the CP to have professional experience of 5 years or more that is relevant to the type of deposit/method of mining (or exploration) upon which they are reporting.  When writing reports compliant with PERC (and other CRIRSCO codes and standards that recognise the EurGeol title) Competent Persons are required to complete and sign a consent statement that:

Full information on the roles and responsibilities of Competent Persons in public reporting of solid minerals is available in the current edition of the PERC Standard. For further details please also see www.percstandard.org.

International practice beyond the specialist area of minerals reporting (e.g. geotechnics/engineering geology, hydrogeology, land contamination etc), increasingly requires that geoscientists signing technical reports should be validated as competent to do so.  In some jurisdictions registration or licensure is required.  Typical minimum requirements (following the CRIRSCO model) are:

What do I need to demonstrate?

An applicant for the title of European Geologist must have followed and satisfactorily completed an educational programme at university level in geology or a related subject and have been awarded a degree or equivalent qualification. The period of the educational programme shall  be for a minimum of 3 years. The education level required is Bachelor in Geoscience or equivalent (Level 6 of  the European Qualifications Framework (EQF) or the second cycle for the Framework for Qualifications of the European Higher Education Area).

All European Geologists are required to abide by the Code of Conduct established by the European Federation of Geologists. In case of allegations made against a European Geologist for breach of the Code of Ethics a complaint shall be submitted to the Secretary General who will collaborate with the Registration Authority to establish an Investigation Panel in order to evaluate the complaint.

CPD is the systematic maintenance, improvement and broadening of knowledge and skill and the development of personal qualities necessary for the execution of professional, ethical and technical duties throughout a practitioner’s working life. CPD aims to keep professionals up to date in their existing areas of expertise. CPD addresses the pace of technological change in the geosciences, as well as the danger of skills obsolescence and over-specialisation. To keep up-to-date the European Geologists are required to present annual CPD records. EFG has developed an electronic tool supporting the EurGeols in the completion of their CPD records and the LBs in the audit of these reports.

An applicant for the EurGeol title is required to demonstrate an:

Would you like to stay informed about EFG's activities?

Subscribe now!
We use cookies on our website to give you the most relevant experience by remembering your preferences and repeat visits. By clicking “Accept All”, you consent to the use of ALL the cookies. However, you may visit "Cookie Settings" to provide a controlled consent.
Cookie SettingsAccept All
Manage consent