Terceira: A Geological Marvel in the middle of the Atlantic

The Azores is a unique group of islands filled with a number of geological curiosities. During the EFG’s spring Council Meeting, delegates had the chance to visit one of these curiosities, the Algar do Carvão site, as part of the field trip to Terceira Island. Additionally, after the meeting ended, EFG’s Executive Director, Glen Burridge, had the opportunity to visit the “Volcanospeleologic Museum” which can be seen as the sanctuary of the Island’s geological richness.

Discovery of Alga do Carvão

Algar do Carvão is an utterly incredible volcanic cavern in the Portuguese Atlantic Archipelego. The vent is more precisely located on the island of Terceira in the Azores. The Algar do Carvão site was discovered in the 1950s by an association of mountaineers/speleologists.

In the early 60’s a group of young people, with a strong adventurous spirit and attraction to the unknown, dedicated themselves, on weekends, to travelling through the wildest areas of Terceira island, on the quest to discover the unknown. During one of these quests, and while hunting some rabbits, they were led to a set of caves hidden in the lava drains which contributed to the formation of the island. However, this adventurous discovery did not reach public knowledge as the group kept the information among friends and people closest to them.

In the summer of 1963, Américo de Lemos Silveira Luiz, at the head of a group of young people (who later founded an association called “The Mountaineers”) organized two successful descents into algar do Carvão The group of Mountaineers used a more elaborate exploration system with more efficient portable lighting systems, making it possible to explore the most remote areas of the Algar. The group was able to extract some unusual pieces of rock. These Mountaineers are considered the first true explorators of algar do Carvão. Afterwards, the population recognised the patrimonial value of the cave.

Algar do Carvão is at an altitude of about 640 meters above sea level, while the crater of the Algar has a diameter of 20×15 meters and is approximately 90 meters deep. The cave also possesses an underground lagoon with crystal clear waters. The volcanic cave is furthermore a site of great geological interest. It has one of the most expressive natural scenery in the Azores and was even a finalist in the contest of “7 Natural Wonders of Portugal”. It is a remarkable volcanic chimney, whichvery unusually is not completely obstructed. The cave is known for its distinctive mineralogical features of silicate stalagmites and stalactites of milky white or reddish iron color in its interior walls and pavements. One can also observe some basalt flows coalescing on the trachytic walls.

Another point worth noting on Algar do Carvão is that the entry fees to the Algar do Carvão geosite are what pays for the “Volcanospeleologic Museum” in Angra and its free entry. This also shows that the geosite receives a large number of visits as the Museum has just bought the terrain next door and will soon be doubling in size.

Star exhibits of the museum 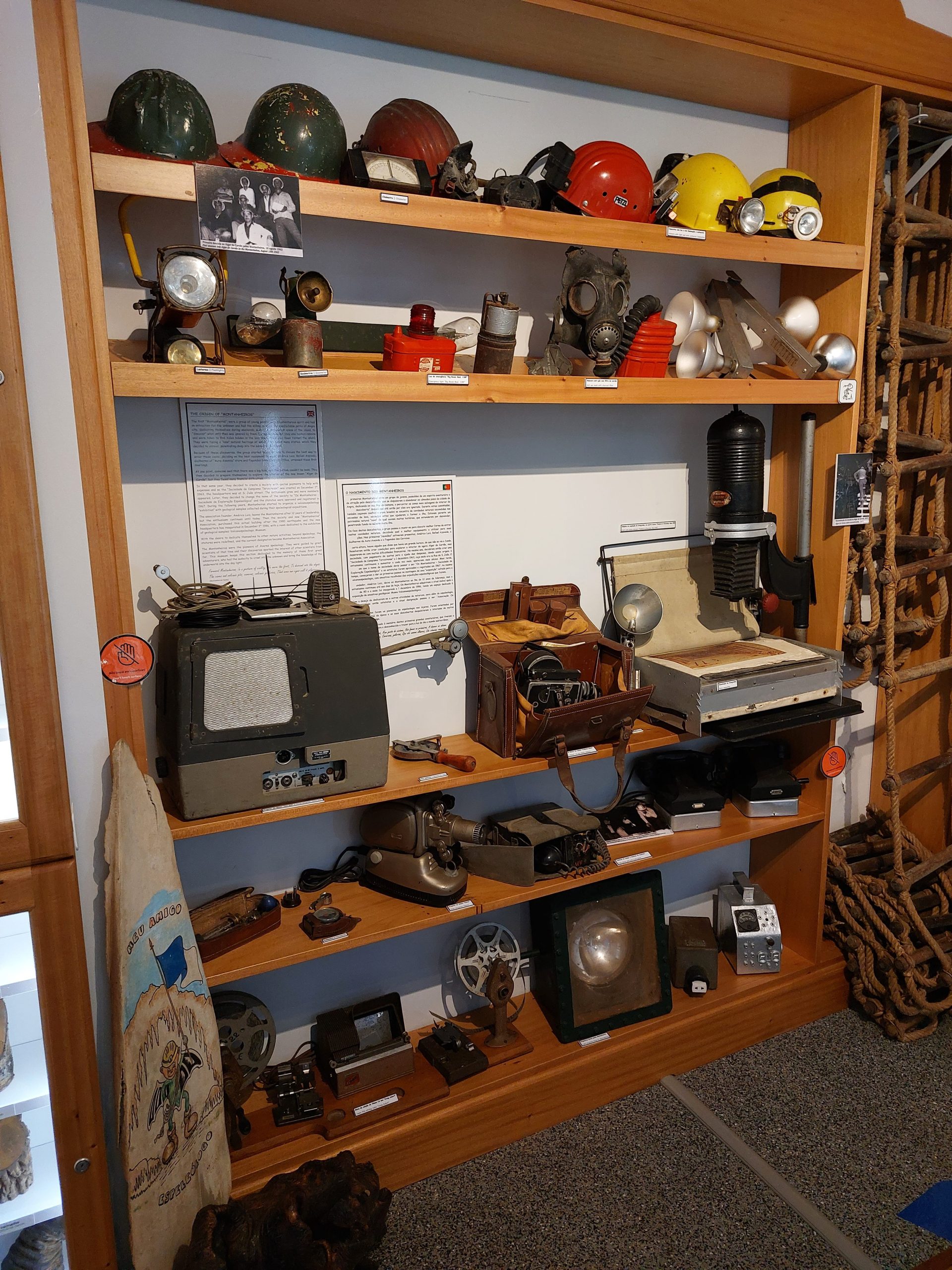 Figure 2. Equipment’s used by the Mountaineers [taken by Glen Burridge]

On his way back through Terceira after the Council Meeting, Glen Burridge, Executive Director of the EFG had a proper tour of the exhibits of the Volcanospeleologic Museum, with Susana Azera, who manages it (for more details watch the video below). The Museum is located in the town of Angra do Heroísmo on the island of Terceira and has specifically been dedicated to the Mountaineers. The latter are the ones that have throughout the years enriched the Museum with various samples from volcanic caves scattered throughout the archipelago, constituting a rich collection thereof.

On the left, you may see a photo of the Mountaineers’ equipment’s. The Mountaineers used these equipment’s to explore the different cave openings they found while out on their adventurous quests (see figure 2).

The Museum also showcases samples of geological formations which can be named the “star exhibits” of the Museum. A good example of this star exhibit is a seabird encrusted in silica of several thousand years old and is of the unique and prized possession of the Museum (see figure 3). There are moreover marvellous volcanic fossils with encrusted leaves, found in the very street of the Museum. 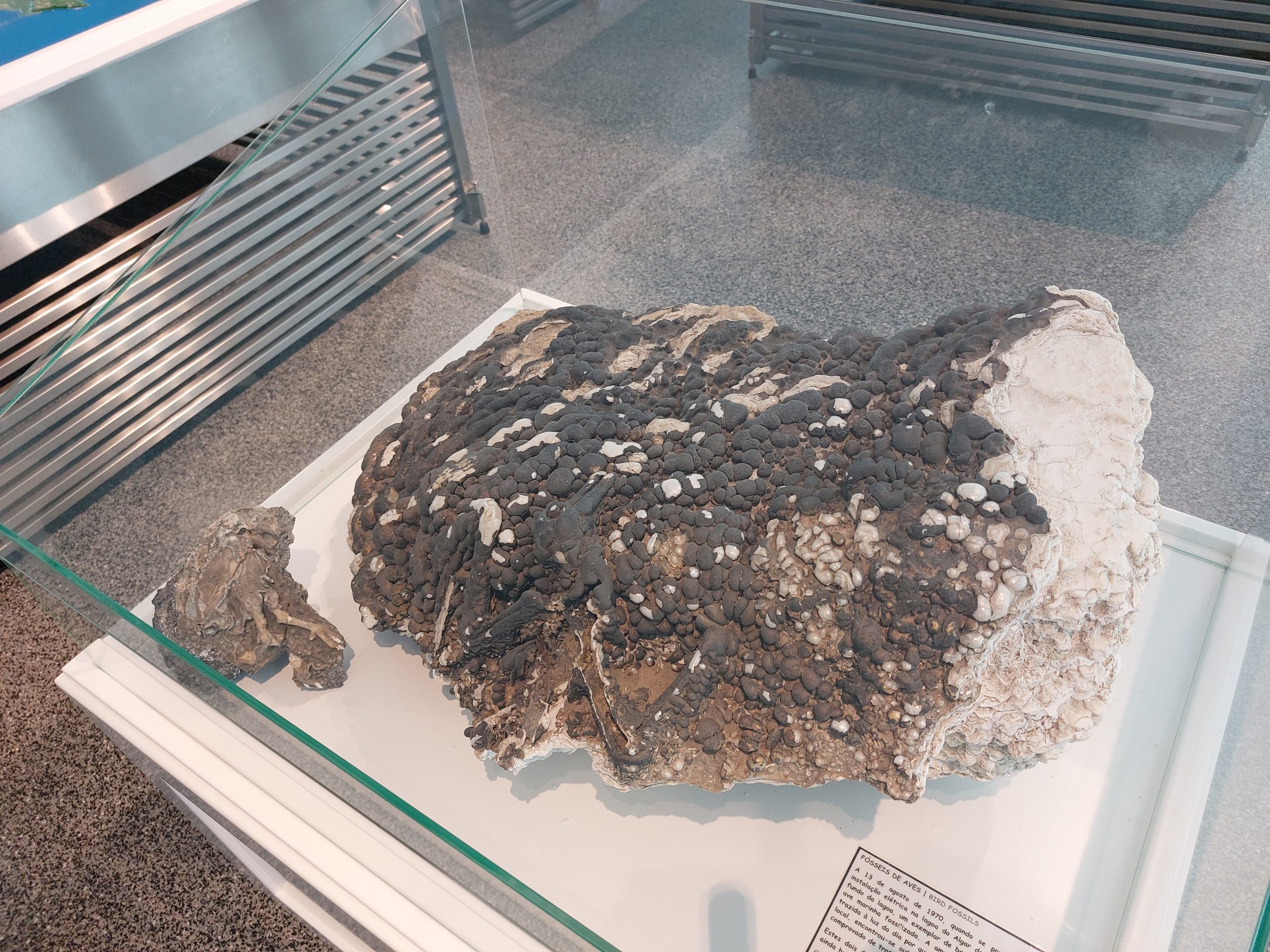 In addition, the Museum possesses a wonderful 3D relief map via which visitors can do a tour of Terceira Island and which pinpoints the various geosites located on the Island (see figure 4). 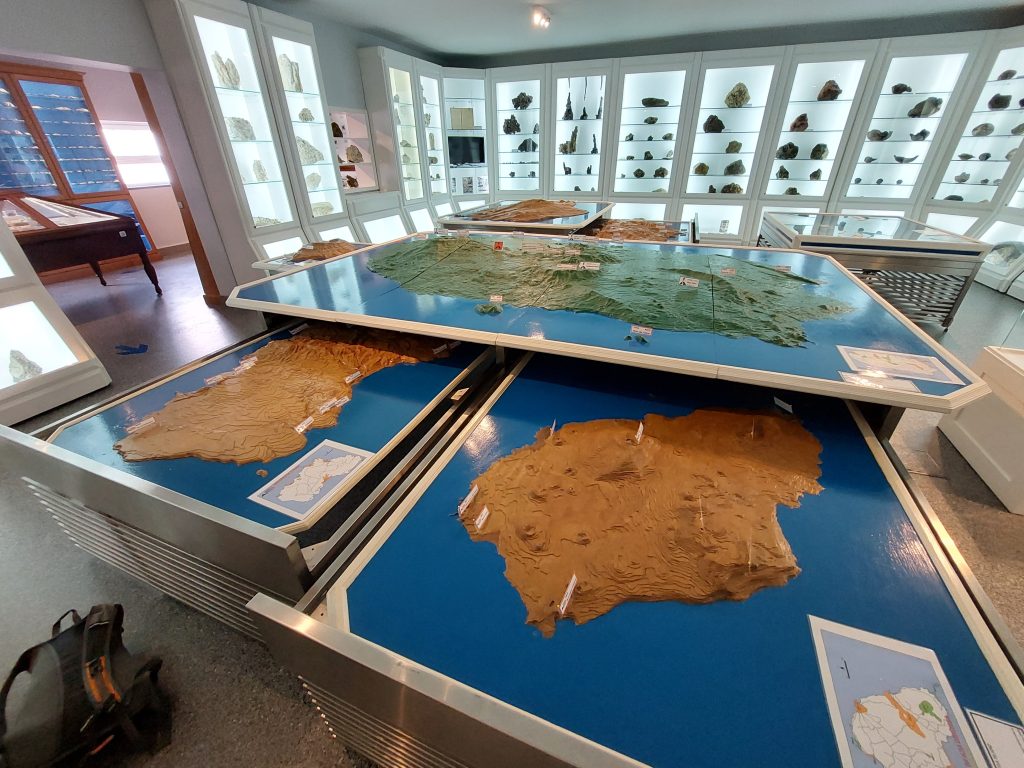 On the video below, Glen Burridge goes through some of the latest volcanic eruptions on Terceira Island which have been distinctly illustrated on the 3D map. On the same video, you may see a piece of pillow lava that floated to the surface and detached itself as well as a piece of lava molds, showing once again the Museum’s exceptional geological collection.

To watch additional videos on the star exhibits of the Museum click on the following links :

At last, it is noteworthy to mention that the astonishing 3D terrain models that take up the central floor space of the museum were built by a local member of the Montainheiros association, José Maria Botelho (see figure 5). 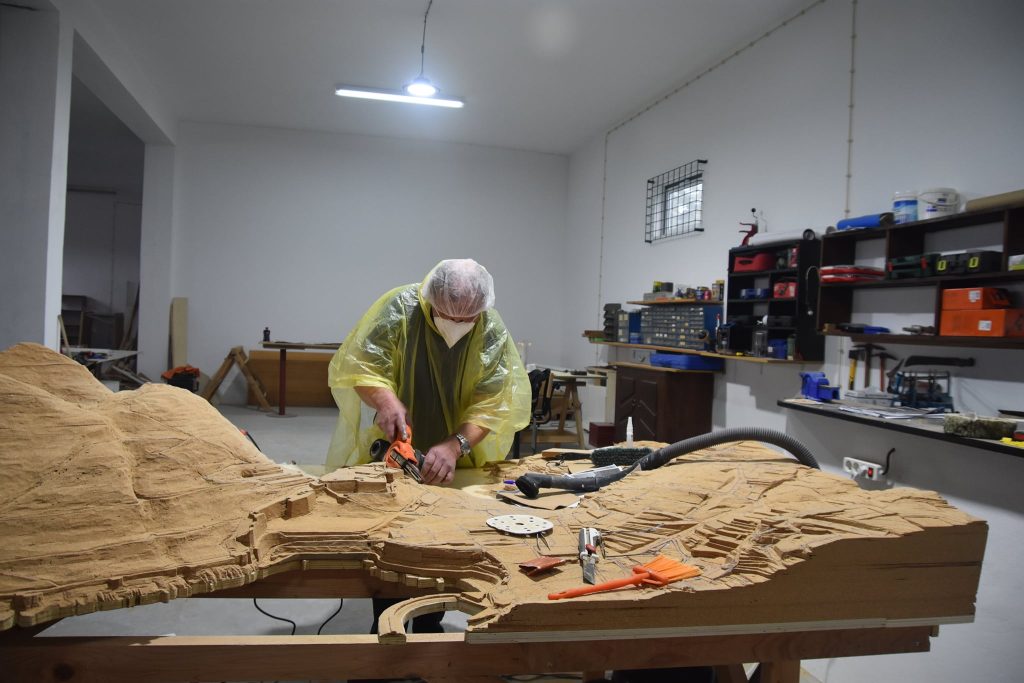 We shall close this chapter by highlighting the impressive efforts made to promote geotourism in Portugal and particularly in the Azores, as has been illustrated on the previous paragraphs. Be it through Algar do Carvão or through the Volcanospeleologic Museum, The Azores has indeed created quality standard geotourism. Therefore, if you ever find yourself on Terceira Island, we strongly encourage you to visit the Volcanospeleologic Museum.

About the Author: Yuyu is EFG’s Assistant Project Officer. She is supporting the team in administrative and communication-related tasks and is also involved in several of EFG’s EU funded projects. After spending most of her childhood in Congo, Yuyu travelled to China, where she studied Mandarin. Yuyu then moved to Brussels, where she is currently based. She holds an undergraduate degree in Germanic Languages and Letters. After following a career pathway in the financial sector, Yuyu decided to change gear by pursuing what she loves most, natural sciences. This has led her to graduate with a Master’s degree in Environmental Science and Management.

The European Federation of Geologists

Disclaimer: This article expresses the personal opinions of the author. These opinions may not reflect the official position of the European Federation of Geologists (EFG).