For many people Geology is that strange science that names the stones and paints the maps in colours. There are really very few people who really know geology and its social utility. In fact, many professionals of Geology are also unaware of some of the less conventional applications of our science. In recent times geological knowledge has been used to solve very diverse aspects that a few decades ago would not have even crossed our minds. Among these applications is Forensic Geology. 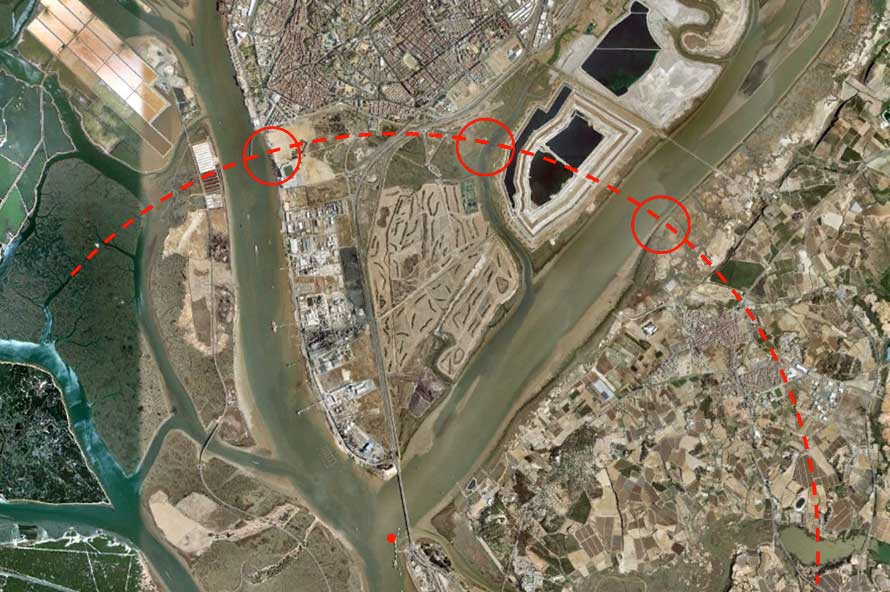 A case in the media

On January 13, 2008, the press media picked up the disappearance of a small girl from Huelva (SW Spain). The search lasted for almost three months and during this search, geologists were involved using marine geophysics to try to find the body.  This search was unsuccessful and the body finally appeared on March 7 floating in the estuary of Huelva dragged by the ebb tides. The scientific police then had to locate the place of the crime scene and the place where the body had remained during the intervening time. And they again considered geologists to approach this task, in this case, the authors of this article.

A helping hand from the coastal dynamic processes

The first task entrusted to the geologists of the University of Huelva was to determine why the body had remained hidden during all that time and why it had appeared on that day in particular. The answer was found in the knowledge of active geological processes: the tidal regime coupled with the wind. At first, it was thought that the levels reached by the high tide could explain the delay since the day of the disappearance (and probable death), and when the body was found, very high spring tides were recorded. However, a more detailed analysis showed that in the intervening days there were 15 high tides that exceeded the level of the night of January 13. Why then wasn’t the body found on the estuary those days? The answer had to be sought in the wind. Each time spring high tides occurred the wind had an east component, except for the day when the body was found. We assumed then that the body had been laid to rest on the east bank of some tidal channel and then every time the body had surfaced the wind had kept it anchored to the marsh. But the day the body appeared, the wind was blowing from the shore and when it surfaced the wind transported the body towards the centre of the channel. From there the tide could pull the body into the main estuary stream.

The question now was: where in the estuary of Huelva is that eastern channel bank? This time the answer was obtained from the speed of the tidal currents. Considering that the place where the body appeared had a tidal monitoring station, we were able to determine the speed of the stream when the body was found. Looking at the evolution of wind speeds with time and going back to the moment of high water, the starting point was calculated at a maximum of 6 and a half kilometres from the place where the body was found. Marking a circle with that radius we could observe that there are three possible tidal channels with banks in the east from where the body could have departed.

Figure 1: Aerial photograph of Huelva Estuary indicating the place where the body was found (red dot) and the radius of 6.5 km indicating the possible places of departure (red circles).

Proving which of those three points was the correct place where the body had remained hidden was another task. In this case, Rare Earth Elements analysis provided the solution. Rare Earth Elements (REEs) are a group of 14 chemical elements with a coherent geochemical behaviuor in natural systems. Their chemical properties make them highly sensitive to environmental changes such as pH, redox conditions and absorption/desorption reactions. This allows the pattern of these elements to be used as an indicator of the origin of water inputs, weathering processes or tracers of changes in environmental conditions in water and sediments. In other words, REEs can be considered an analogue of DNA in sediment and sedimentary rocks.

The Huelva Estuary is a special environment where processes of mixing salinities typical of estuaries join with processes of mixing pH, since the two rivers display extreme acidity (Tinto and Odiel come from the Iberian Pyrite Belt). In addition, specific processes induced by the water discharges from the industrial complexes along its margins occur in some particular places. This fact causes every channel, channel margin, salt marsh, and tidal creek to have a specific REE pattern, each different to the rest. In essence, each place has a different “sedimentary DNA”. The comparison of the REE patterns obtained in the analysis of the clothing of the girl offered an identical result to those of the sediment of the Rincón Creek (central circle in the photograph), which is the most inaccessible place of the three. This clearly indicated that the body had remained hidden in that place until the tidal and wind conditions transported the body into the estuarine circulation.

Figure 2: Graph showing the normalised REE patterns of the samples taken from clothes and boots compared to the patterns of sediment and suspended matter of Rincón Creek.

Although this revealed the location in which the body had been hidden, this fact could not be used to prosecute the murderers. However, to access that remote place there is only one road and the materials of the roads also have REE. Once again, the comparison of the REE patterns of that road with the mud samples obtained in the underside of the murderer’s sister’s car showed an identical result. All of this geological information was collected in an expert report and presented as evidence by the prosecution, which was accepted and contributed to the conviction of the murderer and his sister. Both of them remain in prison today.

As the whole Geology for most of people, Forensic Geology is perhaps unknown to forensic professionals. Nevertheless, the kind of techniques presented in this article could be applied by the forensic police to solve certain cases.

These applications are just the tip of the iceberg of everything that Geology can bring to society in different areas. Gone are those years in which Geology was a qualitative science, quite the contrary, today Geology is aided by very sophisticated techniques to obtain quantitative data that allow it to make very complex realistic models. The most immediate applications of these techniques are known and used by most professionals in our collective, but being a little imaginative we can apply our knowledge to less conventional aspects. And geologists, in particular, do not lack imagination! That being the case, we can predict that we are far from reaching our summit.

These applications are just the tip of the iceberg of everything that Geology can bring to society in different areas. 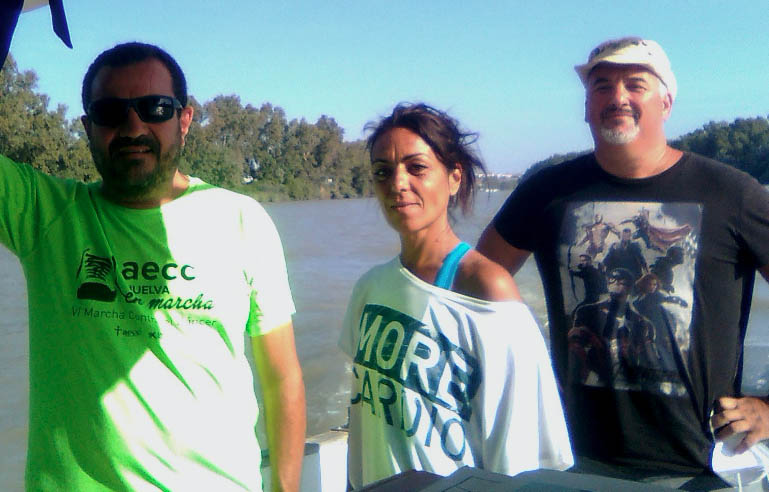 Graduated in 1986 and PhD in Geology in 1992. He was a professor at the University of Seville between 1988 and 1993 and professor at the University of Huelva (UHU) since 1994, currently being a distinguished professor of coastal geology at this university since 2017. He has been a principal researcher of many research projects with national and European funding and has held numerous positions of institutional responsibility, currently being the Director of the Department of Geology of the UHU.

Graduated in 2000 and PhD in Geology in 2016. She has been a research contract at the University of Huelva for 15 years and is currently a professor of stratigraphy at this university. As a researcher she has participated in numerous projects on applied geology, especially related to the environmental pollution of coastal systems.​

Graduated in 1989 and obtained a PhD in Geology in 1993. He has been a professor at the University of Huelva since 1994 and has been a distinguished professor of sedimentology of this university since 2016. He was responsible for the Applied Geosciences Research Group between 1999 and 2016. Since 1996 he has been a member of the Governing Board of the Geological Society of Spain,  where he has held several positions, and is currently its President; a position held since July 2020.

The article has been proofread by EFG volunteers Nerea Aldunate and Charlie Carlisle who have suggested changes for improvement.

Disclaimer: This article expresses the personal opinions of the authors. These opinions may not reflect the official position of the European Federation of Geologists (EFG).