Geoscience professionals from all over the world have gathered in Vancouver, Canada, from 16 to 21 June 2018, for the first international conference dedicated to the availability and delivery of resources which will allow to sustain future generations. Resources for Future Generations (RFG2018) aimed at examining three critical resources – energy, minerals and water – in the context of the earth, environment, society, and the needs and roles of future generations. As stated by Andy Randell, Executive Director at Below BC and member of the RFG’s Education, Outreach, & Young Leaders committee, before the conference start, “RFG will help the public to understand that everything in your life comes from geology – at some point in the beginning”.

The conference has been convened by the International Union of Geological Sciences (IUGS), and several Canadian partner institutions joined forces to make the event become reality: the Canadian Federation of Earth Sciences (CFES), the Canadian Institute of Mining, Metallurgy and Petroleum (CIM), the Geological Association of Canada (GAC), and the Mineralogical Association of Canada (MAC).

The European Federation of Geologists (EFG) was actively involved in several sessions organised all over the week and has notably convened two sessions:

EFG President Vitor Correia, Vice-President Michael Neumann and External Relations Officer Marko Komac took this occasion to share experiences from several of the EU funded projects in which EFG is involved. The following presentations were delivered and may be downloaded here below: 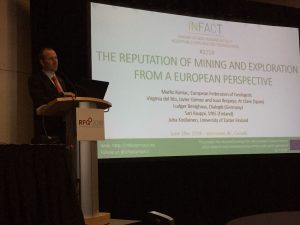 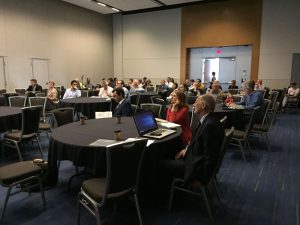 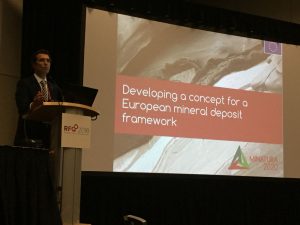 EFG representatives during the sessions convened by the Federation.

EFG Executive Director Isabel Fernández was also involved, on 21 June, in a Panel Discussion on professional registration. Together with Andrea Waldie, CEO of Geoscientists Canada, Barbara Murphy, Chairperson at the Foundation of the AIPG and Kaylene Camuti, Director at the Australian Institute of Geoscientists, she exchanged experiences about professional regulation in Europe, Australia, Canada and the US, with a view to the responsibility scientists have towards society (download presentation here). 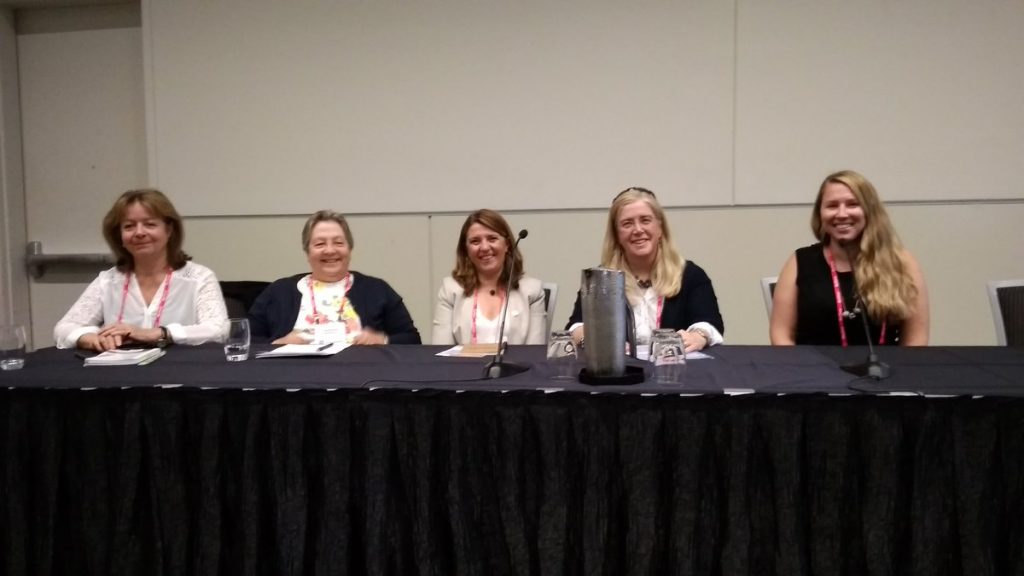 Discussion Panel on “Professional Reliance – Navigating the Professional Aspect of your Career in Science” with EFG Executive Director Isabel Fernández (third in the row).

As stated by External Relations Officer Marko Komac, “The attendance at the conference offered us an opportunity to meet colleagues from around the globe and to present them the EFG activities, to discuss the important issues pertinent to EFG’s interest areas and to look for the future opportunities of cooperation.”

All sessions with EFG participation were well attended and participants have shown high interest in the presentations delivered, making the event a perfect occasion to exchange experiences with geoscientists from other continents.

After the event, EFG President Vitor Correia also emphasised the political importance of RFG2018: “First, it was good to see that the international geoscience community is not being affected by the rise of nationalism happening all over. The international cooperation activities we drafted in Vancouver with colleagues from different continents prove that. Second, many presentations in this conference confirmed that the world is changing fast, and under growing social and environmental stress. In this context geoscience (and geoscientists) can and must play a significant role, either as stewards of the planet or as providers of resources. This conference gave us insights that we intend to use to start dialogues with society and policy makers about the future we all want and how geoscience can help building it.”