One Day in Europe: Ireland – The IGI and the EurGeol title

One Day in Europe is a feature of EFG’s monthly newsletter GeoNews. Each month we travel to one of EFG’s national membership associations and discover their main activities and challenges. In April 2019 we have travelled to Ireland and talked to Eoin Wyse, a Board member of the Institute of Geologists of Ireland (IGI).

The IGI was formed in 1999 to promote the geosciences in Ireland and to represent the professional interests of its members. Membership is open to all practising geoscientists who meet the required standards of qualification and experience, and the IGI operates with the support of all the major geoscience based technical societies. The mission of the IGI is to promote and advance the science of geology and its professional application in all disciplines and to facilitate the exchange of information and ideas in relation thereto.  The IGI requires its Members to uphold, develop and maintain the highest professional standards in the practice of their profession, as described in the Company’s Code of Ethics and Conduct. 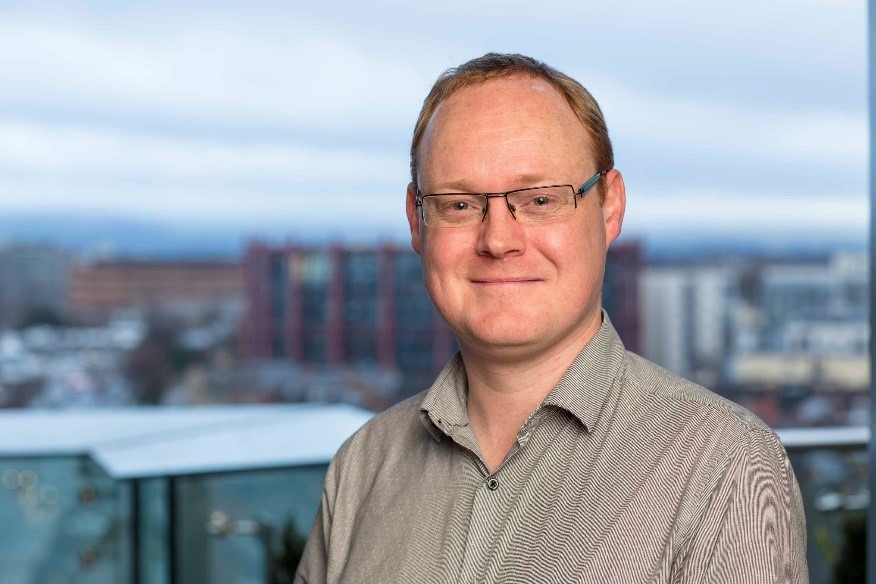 “My name is Eoin Wyse and I hold a Bachelor of Science (BSc) degree in Environmental Geochemistry from University College Dublin (2000). I am a Professional Geologist (PGeo) with the Institute of Geologists of Ireland and a Chartered European Geologist (EurGeol) with the European Federation of Geologists.

I am currently employed as a Senior Engineering Geologist in Arup and have fourteen years’ professional engineering experience in the design and construction of large building projects, in geo-environmental assessment of contaminated land and the assessment of aggregates for use as unbound fill or in concrete.”

What are currently the main challenges for your association?

We want to increase our engagement across industry, expanding our membership to include younger and early career members as this ensures stagnancy does not set in. Hence our move towards incentivising membership for student members. We want them to see the IGI as a resource which will assist them in getting the training which will assist them in their career, at any stage.

We recently carried out an extensive review of our CPD policy to ensure that the qualification of PGeo remains a valuable and desirable qualification which recognises the experience and knowledge of our members and their ability to operate responsibly and appropriately within industry. We have also been involved in setting up registers for competent persons in relation to contaminated land and construction aggregate assessment. These registers are recognised by the relevant bodies in industry, the Environmental Protection Agency and the National Standards Authority Ireland. These registers need careful maintenance to ensure that they remain current and reflect the relevant expertise of those listed.

2019 is a big year for the IGI as it is our 20th Anniversary. Therefore, we are now undertaking several reviews, including the development of a new Strategy Document, which in turn has involved a stakeholder survey, a survey of our members and the formation of new panels to look at various aspects of the organisation.

In addition, as per most of the EFG members we have continued to look at our implementation of the GDPR requirements and ensuring compliance with those.

Finally, as it is our 20th anniversary we are looking at organising a party to celebrate that in October.

Do you organise any specific activities to promote geology towards society?

The IGI represents the interests of geologists in several forums. We regularly attend numerous conferences and seminars and facilitate groups such as Geoscience Ireland and the Irish Geosciences Network. We also provide geological experts to the National Standards Association of Ireland and to the Government for the preparation of Departmental Reports when required.

The IGI has recently removed fees for student members. Has this measure helped to attract more early career members? Do you take other measures to attract young geoscientists?

There has indeed been an uptake in student membership.  We previously had 4 student members back in September 2017. We now have 21. The big uptake happened when one of our members gave a talk in Trinity College Dublin to geology students and promoted the IGI. Removal of fees also went a long way to making joining the IGI easier.

What does the European Geologist title represent for IGI? How does the EurGeol title support the mobility of Irish geologists?

The EFG title is closely associated with the PGeo qualification and goes hand in hand with one of the main selling points of the PGeo title. Both allow members to operate in other territories and facilitate international travel and recognition. From early in our history we were involved in several significant MRA’s and as such the title has facilitated international working for our members.

Compared to other EFG national associations, the IGI has proportionally a very high number of EurGeol title holders among its members. According to you, what is the reason?

The alignment of both the IGI and EFG in terms of the requirements for professional recognition has removed the necessity for separate applications to be made. By removing the requirement for a separate submission, the uptake of the EurGeol title has been significant. In effect there is no downside to applying for the EurGeol title while applying for the PGeo application.

How would you define EFG’s role for the profession of geoscientists at a European and a global level?

By providing a forum for the various national associations to meet and exchange ideas and approaches means that all the National Associations can share lessons learned in their development, management and promotion.

EFG Members
We use cookies on our website to give you the most relevant experience by remembering your preferences and repeat visits. By clicking “Accept All”, you consent to the use of ALL the cookies. However, you may visit "Cookie Settings" to provide a controlled consent.
Cookie SettingsAccept All
Manage consent