In between Barrandian and eternity 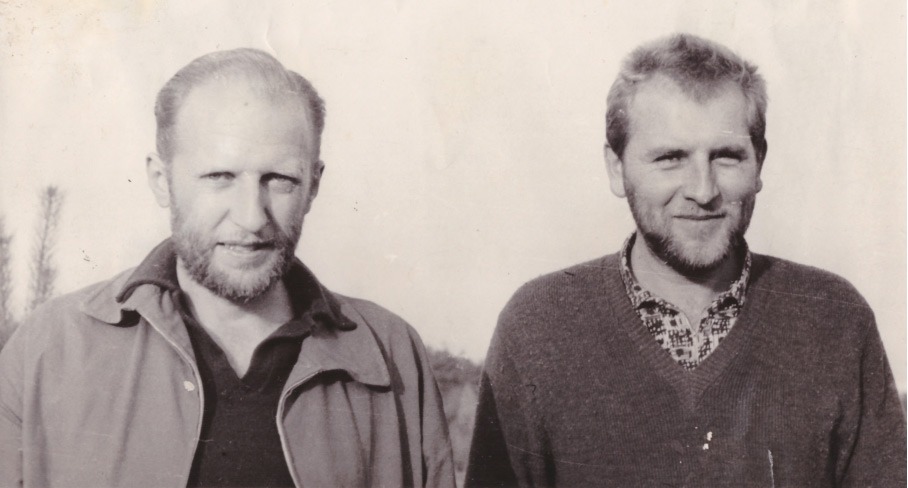 In the past months, I have been in touch with more librarians and their institutions than ever before. My reasoning was simple, I wanted to help my grandfather with his fantastic literary search. The story is not about me but goes much deeper into the history of my grandfather.

In 1950, two Czech geologists, future friends and colleagues met for the very first time – my grandfather, Doc. RNDr. Jiří Kovanda CSc. (b. 1935), and RNDr. Vojen Ložek, DrSc. (b. 1925). It was in the autumn, at a train station in a small village outside of Prague called Srbsko. Srbsko and its surroundings lie in the Bohemian Karst, a protected landscape area declared to conserve the most valuable part of the Barrandian Basin. The entire Barrandian area stretches along the River Berounka between two large cities, Prague and Pilsen. The area was researched by, and named after the French geologist Joachim Barrande. As it is full of geologically and paleontologically remarkable locations from the late Paleozoic, many geologists come and explore this area. It is also where my grandfather was born, in Karlštejn, a village near Srbsko, and where he conducted his geological research, amongst other locations.

My grandfather’s dedication to the field of geology and his interest in nature has always fascinated me. He was influenced by his parents, who both taught him how to appreciate nature. In 1948, he was introduced to Jaroslav Petrbok, the legendary Czech palaeontologist. At the age of thirteen, he started assisting him, accompanied by his loving mother who was afraid to let young Jiří go alone and who always carried some snacks for them. They discovered and explored the Koněprusy caves, and Petrbok even decided to name one cave after my grandfather, Jirkovská.

In 1950, my grandfather met Vojen Ložek, his future supervisor, colleague and friend, when he and Petrbok were waiting for a train in Srbsko on their way back from fieldwork in Koněprusy. The story goes that at the train station, Petrbok asked Ložek whether one specific type of snail lived in the area. Ložek paused in thought and then listed three dozen species of snails, including that specific one. My fifteen-year old grandfather froze, amazed by Ložek’s memory. But as he later recalled, Petrbok just said that there was nothing unusual about this as Ložek was well known for his ‘computer-like memory’. 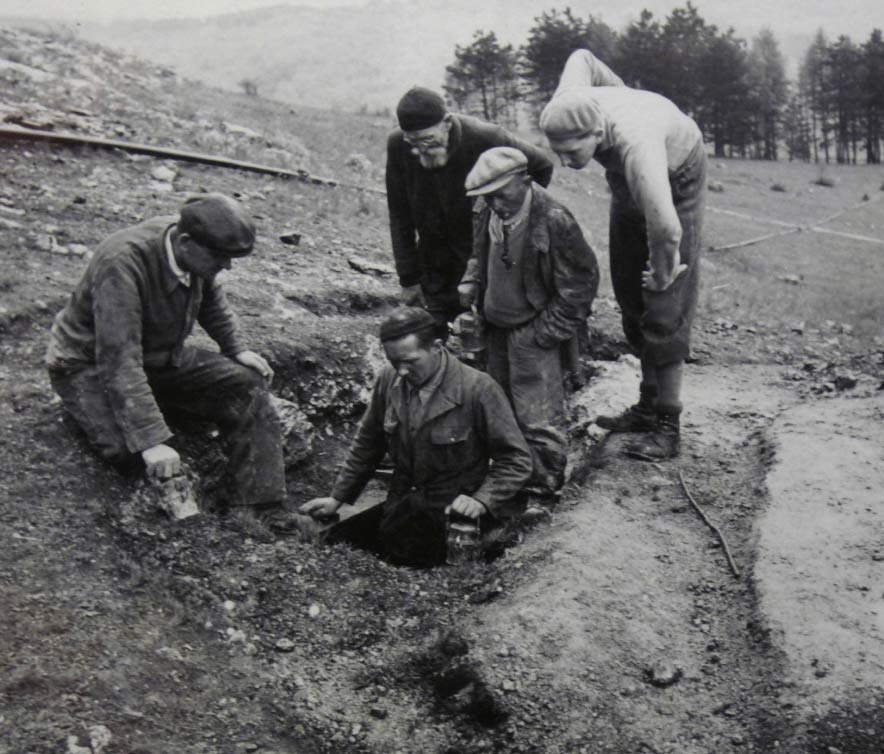 Three years later, in 1953, my grandfather started working with Vojen Ložek. Whereas Petrbok was rather bohemian, Ložek was always very thorough, and his organisation skills, phenomenal memory and systematic manner of working did not fail to fascinate my grandfather. When discussing academic papers, Ložek remembered not only the titles and the authors, but also the years and places of the publications. During their field trips wherever they got out of the car, Ložek was able to name all the surrounding hills and mountains, including their spot heights. Although they travelled around the entire former Czechoslovakia, my grandfather recalled, he always liked to come back to where he had started – to the Bohemian Karst (Fig.1). Apparently, at one moment, he and Ložek formally divided the area, and each of them had one side of the River Berounka to conduct their research.

The mid-twentieth century was rather difficult for academics in communist Czechoslovakia. As my grandfather recalled, they were often ‘supervised’ on their fieldwork by people with no qualifications who simply sympathised with the regime. However, despite these difficulties, both my grandfather and Vojen Ložek managed to make many geological discoveries and have, both individually and together, published many geological papers and books and most importantly, became firm friends. 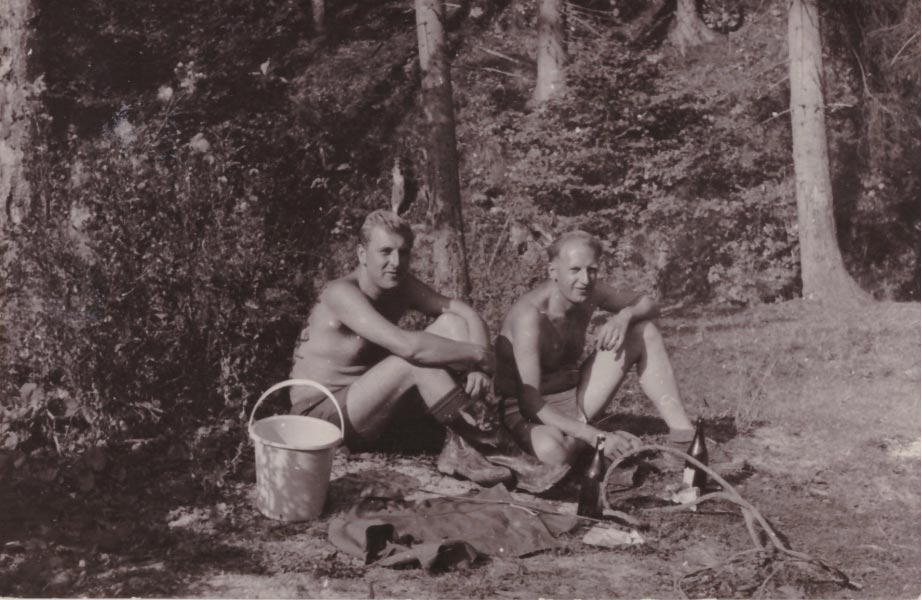 In 1985, Vojen Ložek celebrated his 60th birthday. On that occasion, my grandfather wrote a little text summarising what Ložek had achieved so far in the field of geology, and included a list of his papers and books published worldwide. Ložek’s fascinating diligence had led to a significant number of publications; on average, he published seventeen articles per year. But many of these articles were lost as the publishers did not send these back to him. Czechoslovakia’s borders remained closed until 1989, and without today’s means of communication, it was challenging to keep a record of where these articles were published.

When my grandfather retired, he decided to locate and collate all of Ložek’s published works

When my grandfather retired, he decided to locate and collate all of Ložek’s published works, and to create his complete bibliography. In 2005, over 1200 publications were sourced, and in 2015, when Ložek celebrated his 90th birthday, the number of publications got to 1338. My grandfather’s effort was incredible. Ložek gave him some of the texts and books, but others remained lost. My grandfather, therefore, started searching in libraries, kept corresponding with institutions, publishers, friends and colleagues. He dedicated one big wardrobe in his bedroom to Ložek’s texts. With individual shelves hand-labelled according to years, he traced back the complete list of publications, managing to get most of them scanned and sent to him. Remarkably, he did so without any citation software. 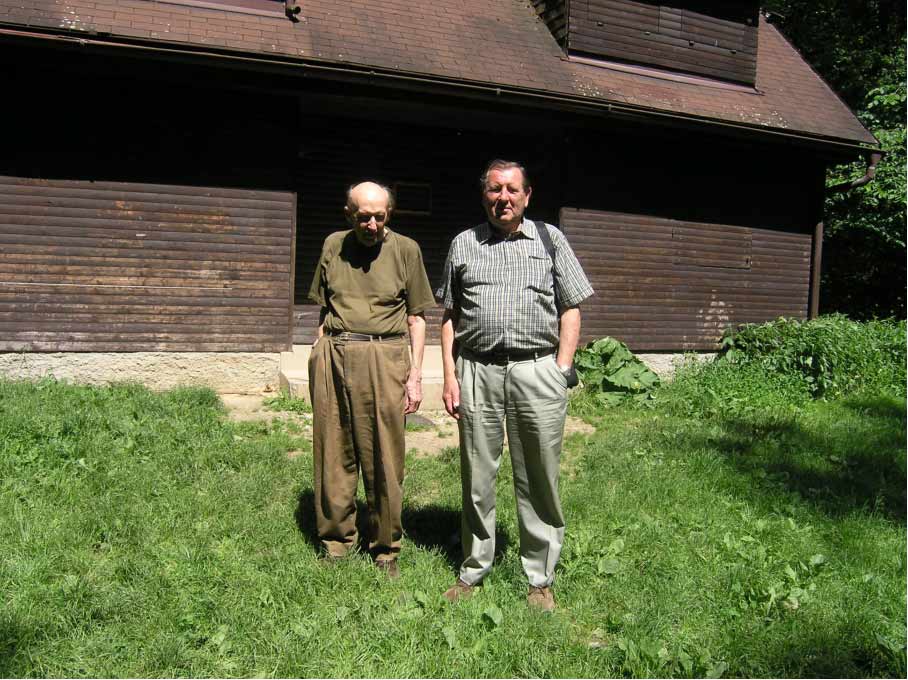 In January 2020, my grandfather asked me whether I could help him search for four remaining papers which he could not find. I located two of them quite easily; one was in the British Library in London where I am currently based, another was in Scotland and librarians from the British Library were also able to source this document for me. The remaining two papers proved a challenge, especially when the COVID-19 lockdown started, and all libraries were out of service. Despite this, I began my search through email correspondence. I was in touch with around twenty libraries in Europe, mostly in Scandinavia and Germany and also approached many geological societies and institutions. People were happy to assist when I explained the reason for my search. I identified the third publication in Dresden and obtained the fourth through an interlibrary loan. This finally completed my grandfather’s collection. I am proud that the last piece of work he ever made, was a celebration of his friend and colleague, which was produced with such outstanding dedication and remarkable effort. My grandpa became Ložek’s true bibliographer.

In January 2020, my grandfather asked me whether I could help him search for four remaining papers which he could not find

It might seem quixotic in these digital times to make a physical collection of academic papers, some of them long forgotten. But it has its unquestionable purpose. The collection itself is a testimony of their friendship, of these analogous times behind the Iron Curtain and of the slow nature of geology. 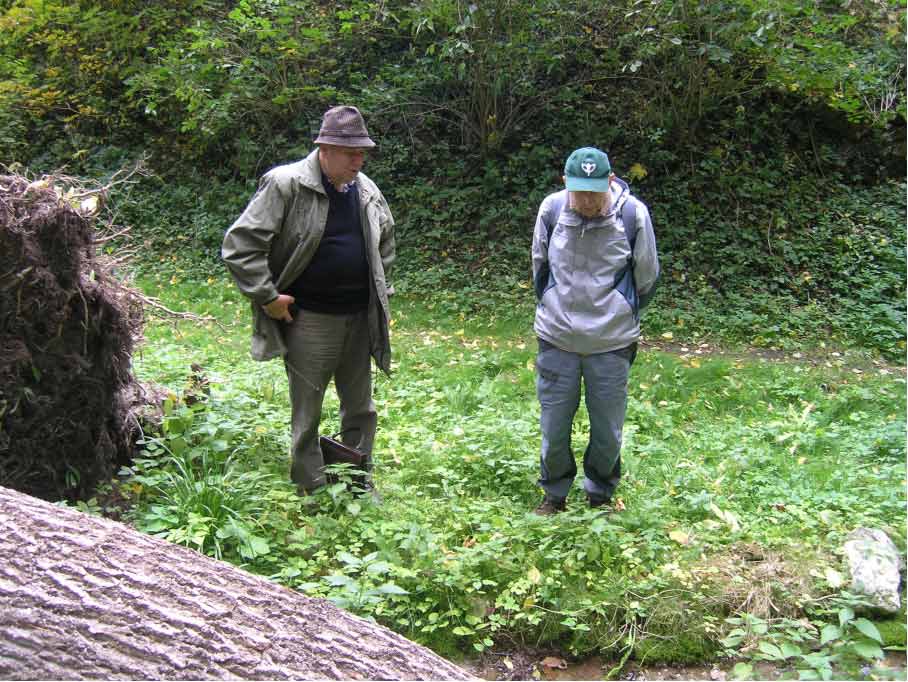 2020 marks exactly seventy years since my grandfather, Jiří Kovanda, and Vojen Ložek met in Srbsko and the year when my grandfather finally completed Ložek’s bibliography. Sadly, 2020 is also the year when both my grandfather and Vojen Ložek passed away. My grandfather passed away on 12th August 2020, a week after I told him that his collection was now complete, and within three days, Ložek also died. Their funeral ceremonies were held on the same day, on the 20th August. I believe and hope that their remarkable story of friendship and dedication to the geological discipline will not be forgotten.

According to my beloved grandfather’s last wish, the complete biographical collection of Ložek’s articles will be moved to the National Museum in Prague and will also be accessible online .

Alžběta Kovandová is a documentary film director and researcher, originally from Prague, Czech Republic. She is currently based in London, working as a freelance filmmaker and is undertaking a PhD in ‘Film: Practice as Research’ at the University of Kent. Her PhD project combines the use of documentary film with anthropology and focuses on the meaning of home in London. Alžběta has made several short documentaries and experimental films, which were screened at international film festivals and shortlisted for awards such as the “Best Czech Short Documentary Award” (2016) and the Magnesia Award (2014) for the best student film. She completed her Bachelor degree at the Department of Documentary Film at the Film and TV School of the Academy of Performing Arts (FAMU) in Prague and subsequently studied Master of Research in Art and Design at Liverpool John Moores University.

Contributor: Alžběta Kovandová
CONTACT THE AUTHOR
Disclaimer: This article expresses the personal opinions of the author. These opinions may not reflect the official position of the European Federation of Geologists (EFG).