“European Geologist of the month” is a section of EFG’s monthly newsletter GeoNews. Each month we ask one of the European Geologist title holders to tell us about his professional experiences and which role the title has played for his career. This month we interview Michiel van der Meulen, member of the Royal Geological and Mining Society of the Netherlands and EFG delegate.

In which country do you currently work? – The Netherlands, working at the geological survey.

In which field of geology do you work? – Geological mapping, being responsible for the delivery of national 3D models that our survey produces systematically. 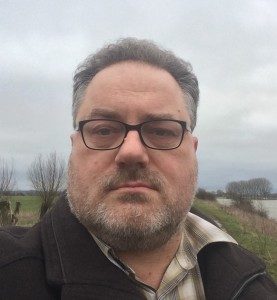 Could you give us your opinion on the advisability of being member of a professional association? – I think that every professional geoscientist should be member of a professional organisation, in order to give the profession a voice that is, by definition, more independent and impartial than that of the organisations that employ us. KNGMG, the Royal Geological and Mining Society of the Netherlands, experiences a changing attitude towards membership: younger geoscientists do not take it for granted and seem to primarily ask themselves the question what’s in it for them personally. To me, this seems a matter of mistaking membership for consumership, but if this is today’s reality then let’s consider it a challenge to take up. My message would be: join in, and if you are not fully satisfied with your professional organisation, don’t walk away but stay and improve it. For the Netherlands, I think the way forward is to increase KNGMG’s profile as a professional interest group.

Could you explain why you applied for the European Geologist title? – There are two reasons why I applied for the European Geologist title, the first being an encounter with a nasty case of scam, about ten years ago. A start-up mining company had bought the mining rights for an offshore placer deposit in west Africa, and asked us to survey it so that they could attract the funds to further develop it. For reasons of privacy I will go into the details, but the prospect was wildly improbable and not supported by data. The directors — with no experience in the earth sciences or mining whatsoever — had clearly been cheated and already lost a substantial sum of money. I did not take on the survey job because, as I told them, this would be like cheating them for the second time. What chocked me more than the actual deceit and the naivety of the directors, was the fact that they had been advised by a geoscientist of a certain reputation, a retired academic whom I actually knew. Because of an apparent lack of sedimentological knowledge, he had failed to see that this enormous, 100% pure accumulation of an accessory heavy mineral isn’t very likely to be the result of sorting in a coastal sedimentary environment. On second thought, i.e. when I asked him, he saw that the whole thing was indeed unlikely, but then of course harm had already been done. I considered this a clear case of malpractice, for which in other professions, e.g. legal or medical, you lose your licence. I then asked myself the question if there is such thing as a licensed geologist, and found out about the EurGeol title.

The second and more immediate reason for me to apply is a new law on subsurface information in the Netherlands that, among other things, will oblige public organisations to consult our national subsurface models when they are undertaking activities that relate to the subsurface, or are otherwise depending on geological factors (think of infrastructure development, groundwater permitting, mining licensing, etc.). This obligation increases our responsibility, especially when it comes to information quality and reliability. The easiest and most straightforward way to demonstrate that your staff is qualified is to have them licensed, which is why we made the EurGeol title a requirement for mid to senior geoscientific jobs at the Geological Survey of the Netherlands. This is why I applied, as first of the pack.

Do you consider that these titles represent an added value for finding a job? – Of course it does, a title represents a testimony of relevant work experience and continuing professional development.

What does this title allow you to do? – For the time being, the requirement for our geoscientists to be accredited is a matter of internal regulation. In a couple of years, e.g. when the abovementioned law comes into effect for geological mapping, the requirement will become legal. By then, the title will allow me and my colleagues to practice geology at the survey, and to a certain extent this will apply to our suppliers as well.

Currently a demand of geologists exists abroad. Would you advise unemployed geologists to look for a job outside your country? – Yes!

Did you already work abroad?- I have been on many field campaigns abroad (there are certain limits to field geology in Netherlands), but I have never been employed abroad.

Are professional titles useful abroad? – I have no doubt, for the reason I mentioned under the title’s added value. I expect the title to be especially useful in countries in which geology is a regulated profession, as well as in the mining sector, where your competency needs to be established before you are allowed to sign off resource and reserve disclosures.