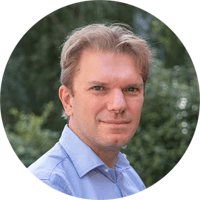 On 1st October 2019, Glen Burridge took up the role of the Executive Director of the European Federation of Geologists (EFG), succeeding Isabel Fernández Fuentes.

“As someone passionate about gaining greater recognition for the importance of earth science – and the role of the geologist in telling that story – I’m delighted to have the rare opportunity to join an organisation at the heart of shaping that message in Europe both through its professional and project activities. I look forward to working with our national association members and EFG’s incredibly dynamic Board to play our part in responding to the critical themes of energy transition, climate change, societal engagement and raw materials supply firmly on Europe’s agenda.” Glen Burridge, new Executive Director, EFG

Glen brings to this multi-national organisation more than 20 years of global experience as a geologist and management advisor on subsurface energy projects, where he developed a reputation as a trusted voice on technical excellence, project governance and capability development.

In recent years, he has driven several cross-industry efforts concerning risk and the use of geological models, including three recent pioneering conferences for the Geological Society of London: Sharing an Uncertain World: Lessons in Managing Risk, Managing Risks across the Mining and O&G Lifecyle and 4D Subsurface Modelling: Predicting the Future.

He has a diverse background, having worked across the spectrum of geosciences for a number of international oil & gas operators as well as specialist consultancies and research institutes.

His keynote talks at international conferences have tackled topics as wide-ranging as novel ways of viewing resource exploration risk and the future of geomechanics as a discipline, to the human factor in geomodelling and the importance of intercultural competence.

He is a Platinum member of the European Association of Geoscientists & Engineers (EAGE) and co-founded the Geomechanics Technical Section of the Society of Petroleum Engineers (SPE).

He has a Bachelors of Science in Geophysics from the University of Edinburgh in Scotland and a Masters of Science and Diplôme d’ingénieur in Petroleum Geoscience from IFP’s Ecole du Pétrole et des Moteurs in Paris. He has lived and worked in multiple locations across Europe, North Africa, Middle East, India and Australia. 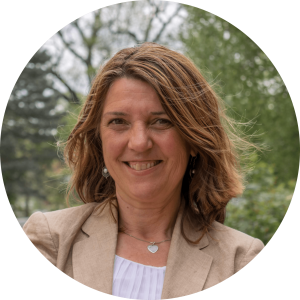 To embark on new professional adventures, Isabel Fernández Fuentes has moved back to Seville in Spain at the end of September after managing EFG’s Brussels office for more than 17 years.

Isabel began her professional career with a decade in applied research, implementing geophysical technologies for the Spanish ministry of public construction. She set up the EFG office in Brussels in the early 2000s, establishing its credentials at the heart of Europe and developing crucial links with the EU institutions.

In the next instalment of her career, she intends to unite these two elements, focusing on coordinating projects which contribute to the energy transition and sustainable development in Europe. With this target in mind, she has recently taken up the role of Project coordinator of the CROWDTHERMAL project on behalf of EFG, which kicked off during September and so she will firmly remain part of the EFG network.

Isabel is excited about this new career step and looks back on her longstanding role as the EFG Executive Director:

“It has been a real privilege managing the EFG office over these years. EFG is a continuous source of learning, which has helped me to understand the European project with its challenges, but also opportunities, to share experiences and understand what unites us across Europe and beyond.”

EFG took the opportunity to thank Isabel for her outstanding contribution to the organisation during a festive reception on 25 September attended by dozens of her European and Belgian colleagues, an event which also enabled Glen Burridge to be officially introduced to EFG’s Brussels network.

On this occasion of change of Executive Director, the EFG Board and staff wish the greatest of success to both Isabel and Glen for their new endeavours!