Award of the EFG Medal of Merit to two outstanding geologists: Marie Fleming and Fernando Noronha

During its spring 2022 meeting, the Council of the European Federation of Geologists (EFG) decided to award its Medal of Merit (MoM) to both EurGeol Marie Fleming and Prof. Fernando Noronha, nominated respectively by the Institute of Geologists of Ireland (IGI) and by the Portuguese Association of Geologists (APG). The EFG Medal of Merit is awarded to individuals who, in the view of Council, have provided exceptional and distinguished contributions to the EFG or to the geological profession in Europe. The official award ceremony took place in Brussels, on 19 November 2022, at the occasion of the 81st EFG Council meeting.

Marie is a Past President of the Institute of Geologists of Ireland (IGI) 2015-2017, Chair of the Registration Authority of the European Federation of Geologists from 2013 to 20210 and a member of the External Relations Committee of the Geological Society of London from 2014 to 2020. She is a Trustee of the charity Geology for Global Development since 2018. 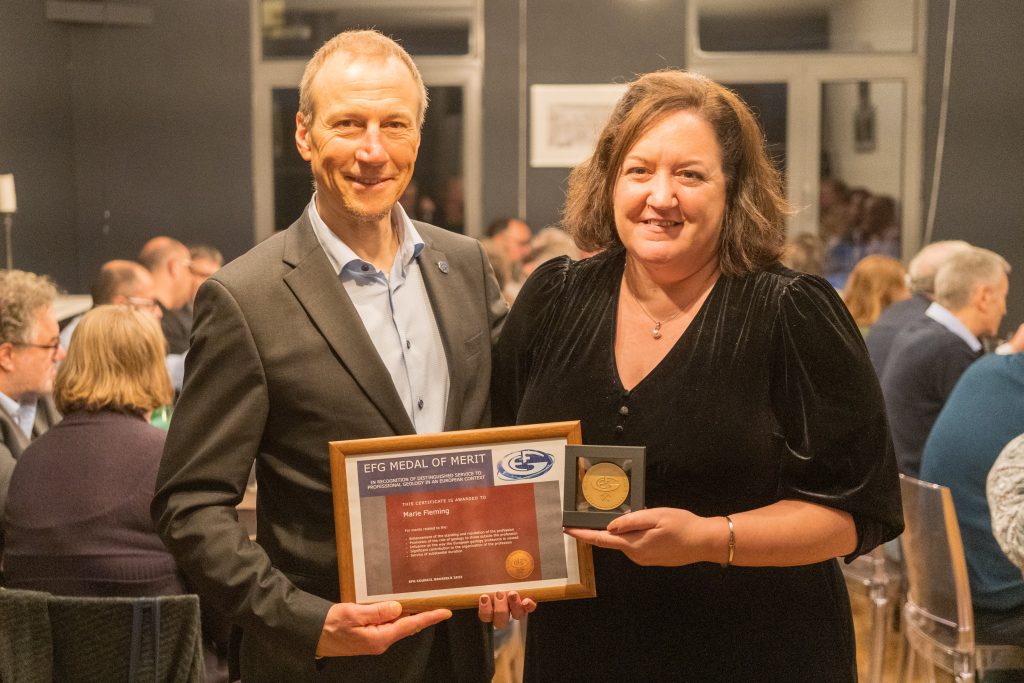 During the award ceremony, Marie Fleming stated: “Being part of the EFG has been huge for me. It’s been an amazing 10 plus years of companionship, of collaboration and of working with the common goal of trying to provide a unified voice for geology across Europe.”

Professor Fernando Noronha is an outstanding geologist known both nationally and internationally for his notable work and research, mainly on economic geology, characterisation of geological materials, granite related ore deposits, hydrothermal fluids, tungsten deposits, Li-pegmatites, and Variscan magmatism, but also in geological processes, field and exploration geology, geological mapping, tectonics and geodynamics, geodiversity and geoheritage, science communication, to name a few. Professor Noronha is a past-President of the Portuguese Association of Geologists (APG), serving the association in this role from 2002 to 2008. He was also an EFG delegate, representing EFG and its values and mission during this time. 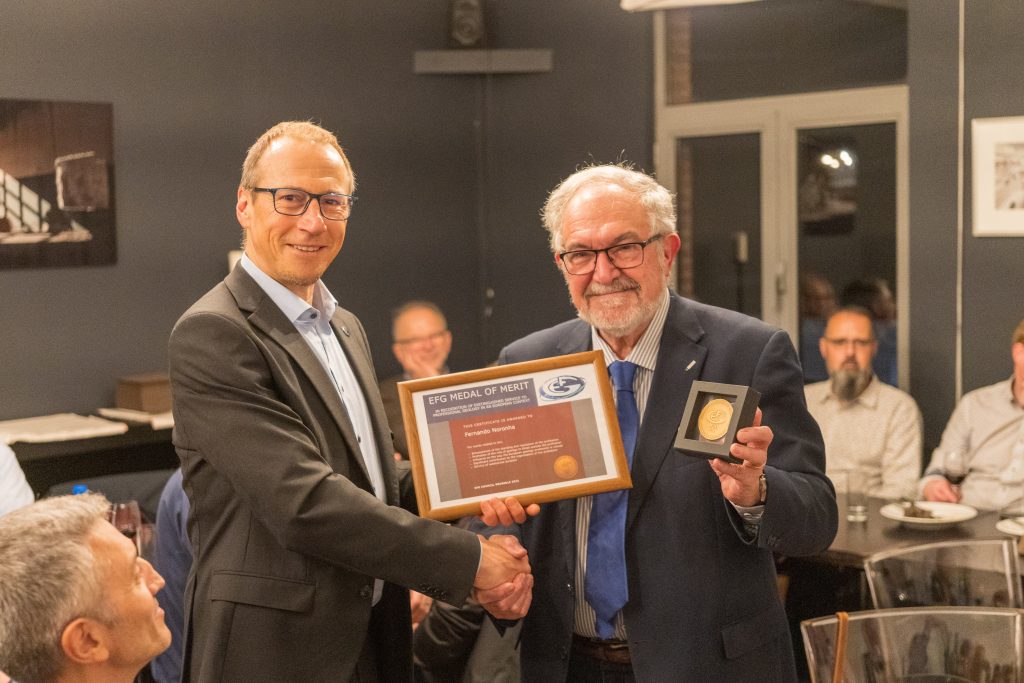 APG proposed the award due to Fernando Noronha’s life dedication and service to Geology and to the geologist profession.

In his speech, Professor Noronha underlined that “The role of EFG and its national associations are extremely important and (that) it is fundamental for geologists to be heard and recognised by society and policy makers.”