On 5 December 2018, EFG and the Indonesian Society of Economic Geologists (MGEI) have signed a Memorandum of Understanding (MoU) at the 10th Annual MGEI Meeting in Makassar, Indonesia, which will foster the cooperation between both organisations. On behalf of EFG, the agreement has been signed by President-Elect Marko Komac. 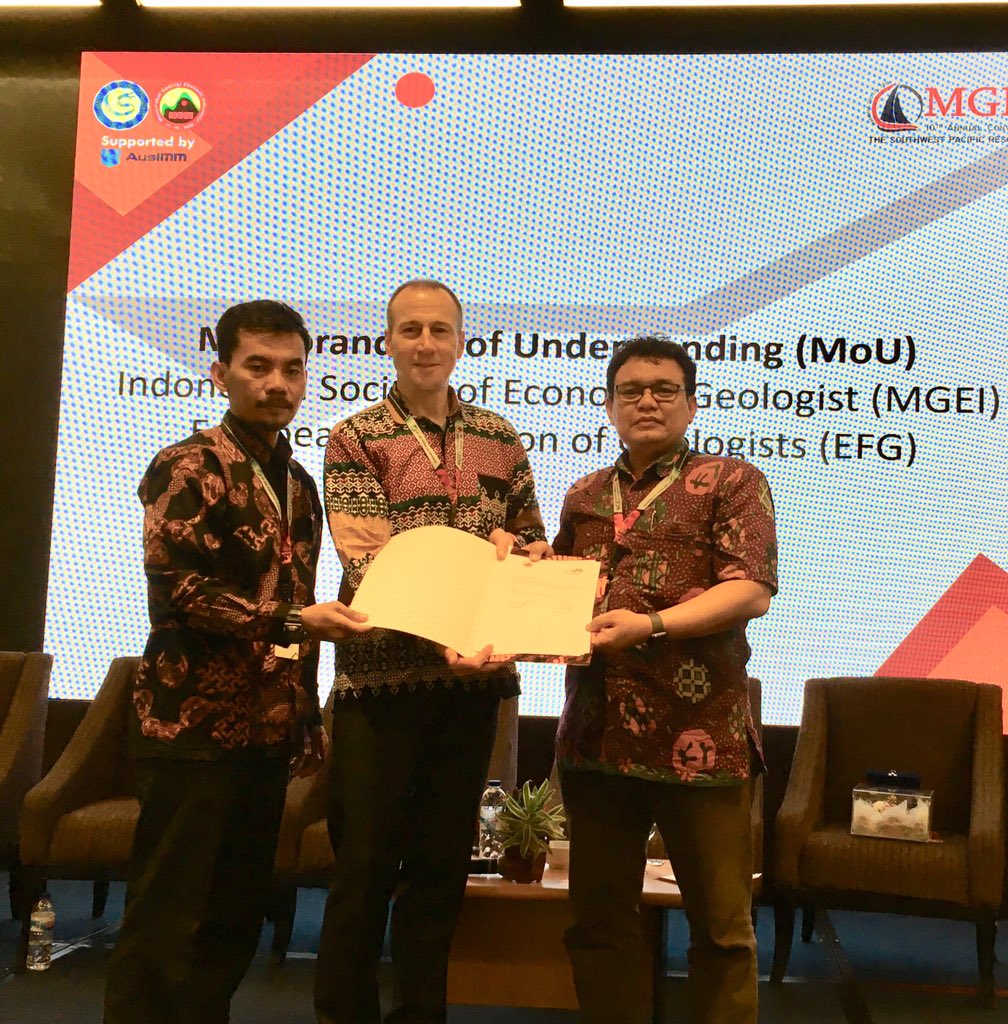 MGEI is a professional organisation which embodies specialists in the field of economic geology, and especially geologists engaged in mineral and coal mining business in Indonesia. MGEI is a commission of the Indonesian Association of Geologists (IAGI), founded in 2008 with the purpose for experts and enthusiasts in economic geology in Indonesia to play an active role in the development potential, management and use of economic minerals in Indonesia to benefit as much as possible the prosperity of people.

According to the MoU, EFG and MGEI will promote the following activities: