Mr. Antonis Angelopoulos has been awarded the 2019 Medal of Merit of the European Federation of Geologists (EFG), after the Association of Greek Geologists’ (AGG) nomination. The EFG Medal of Merit is awarded to individuals who, in the view of Council, have provided exceptional and distinguished contributions to the EFG or to the geological profession in Europe.
Mr Angelopoulos has indeed a long and outstanding career as a geologist and geophysicist, in Greece and in the EU. Among other activities, he had a significant role in developing and revitalising the hydrocarbon exploration sector in Greece. As the President of AGG (2002-2014) he greatly contributed to promoting the geologists’ profession in Greece, by ensuring legal arrangements for the professional rights for geologists. He also fostered cooperation between AGG and EFG by supporting the full membership of AGG and serving as an National Delegate for 14 years (2002-2016).
The Medal of Merit was awarded to Antonis Angelopoulos in Brussels, on 23 November, at the 78th EFG autumn Council meeting. 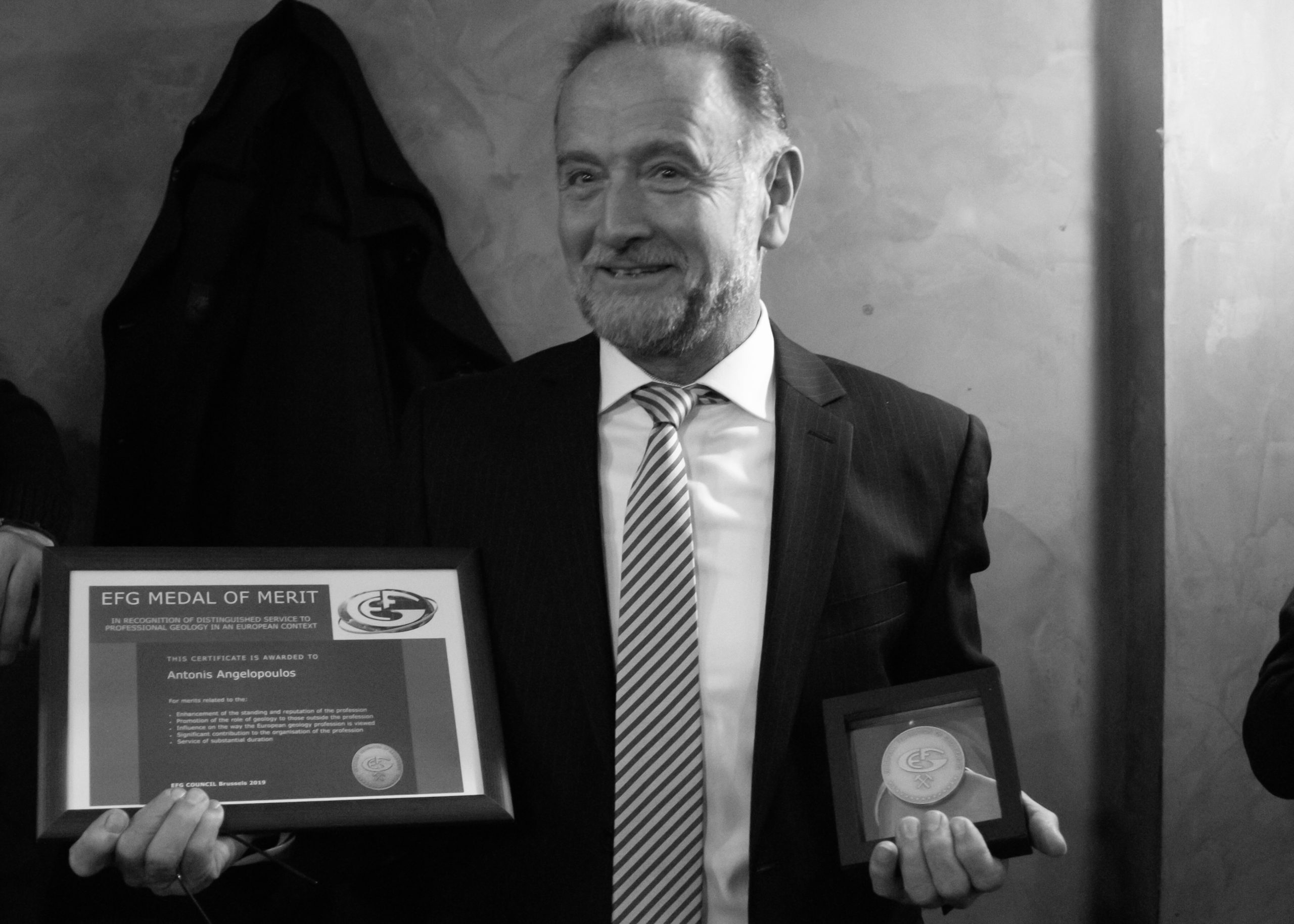